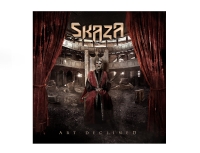 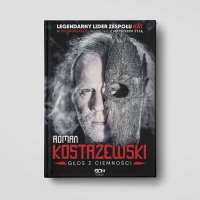 To add bundle to the basket, select all the required variants of each item.

DARZAMAT - A Philosopher at the End of the Universe - CD/digibook

DARZAMAT - A Philosopher at the End of the Universe - CD/digibook

Cheaper in the bundle!

WHOLESALE OFFER - Here you buy 24 pcs of the product

The sixth in history of the band and the first in eleven years - a new studio album by Polish Darzamat -  one of the pioneers of atmospheric metal.

Relesed as a CD digibook with a 20-page booklet

Track list:
1. Reminiscence
2. A Philosopher at the End of the Universe
3. Running in the Dark
4. Thoughts to Weigh on Farewell Day
5. The Tearful Game
6. The Sleeping Prophet
7. Clouds, Clouds, Darkening All
8. The Great Blaze
9. The Kaleidoscope of Retreat

The album produced in the excellent Krakow studio Gorycki & Sznyterman by Jarek 'Jaro' Baran - one of the most successful Polish music producers.
Pre-production made in London with the participation of Maurycy "Mauser" Stefanowicz, known from such bands as Vader, Dies Irae and Unsun.

Refreshed, world-class sound of the band, using classic rock and metal instruments and moving away from the use of keyboards.

Stylistic variety of metal music and more. Darzamat clearly distances itself from labeling its music and would rather go for a concept of ‘travelers in music’.

The concept of the album captured in an extraordinary philosophical and lyrical idea. The album also includes a fragment of a story straight from a classic Gothic novel, written by the singer and band leader, Rafał 'Flauros' Góral, together with his poet friend, prose writer and linguist - Jesion Kowal.

A professional photo session of the band made by Jeremy Astaszow from Astashow Studio and with the participation of the Nam-Tara fire theater.

The band is entering the stage of promoting the album with five music videos (one in the form of animated lyrics video) and announces that it is not the end.